Can’t Afford To Study For A Degree? Think Again!

Many students wishing to study for a degree may be put off by the high costs involved and those who dream about earning a degree in the U.S., are often deterred as it is amongst the most expensive choices in the world. 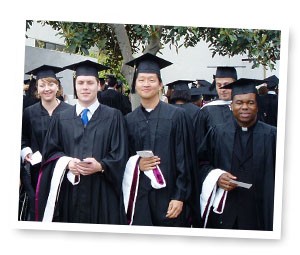 HSBC’s 2014 report on the costs of studying abroad in different locations revealed that the U.S. is the third most expensive option overall, behind Australia and Singapore. HSBC calculated that the average annual cost of study in the U.S., including tuition fees and living expenses, is US$36,564.

If you multiply this figure by four for most undergraduate courses and by two for most master’s degrees, for the majority of prospective students, attending university in the U.S. may seem about as realistic as flying to the moon!

But before you abandon hope of earning a degree that you may have dreamed about, there is a way. If you are seeking a far more affordable option, you can opt to study online for a degree at a top U.S. university at a fraction of the cost.

Unicaf is a programme which supports students domiciled in Africa and provides opportunities for studies towards various distance learning degree programmes awarded by American as well as British & European universities. Unicaf provides scholarships for the online programmes offered by Marymount California University in the USA, the University of South Wales in the UK and the University of Nicosia in the EU at a cost that could make it possible for you to earn a U.S. degree a reality.

Why Psychology Degrees Are More Important Than Ever Right Now
August 24, 2020

Can online learning build a qualified work force in Africa, to drive growth and development?
July 23, 2020