You are here:
News & EventsUniversity Partners 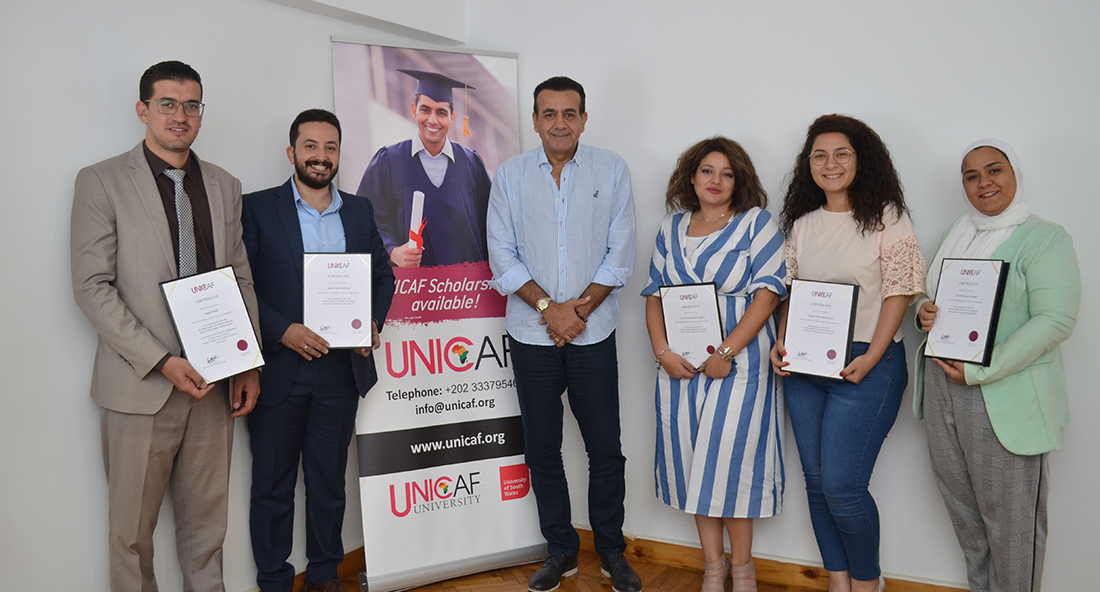 The first Unicaf essay competition in Egypt on the importance of online higher education in assisting national development and progress has attracted hundreds of entries from final year Bachelor degree students and Bachelor degree holders up to the age of 35, living in different parts of the country.

The awards ceremony, held at the Unicaf offices in Giza, on  October 5th 2019, was graced by the presence of popular media personality Mr Osama Mounir, who was the guest of honour. Mr Mounir, a respected TV and Radio presenter and CEO of Express Media, handed the prizes to the winners and stressed how important the role of the internet is in all facets of human activity, and especially so in the field of online learning, helping people access good quality education in an affordable way, without neglecting their professional or family commitments.

The winner of the Unicaf University Master’s full scholarship is

Four runner ups received monetary rewards and tablets. They are:

All five winners exhibited a capacity for innovative and critical thinking in their essays and have proposed ways to make higher education widely available and affordable in Egypt, in order to support and accelerate national development and progress. These remarkable young people expressed a genuine interest in working to build a great future for their country and their generation.