Education in Africa: History at a Glance

You are here:
About Unicaf 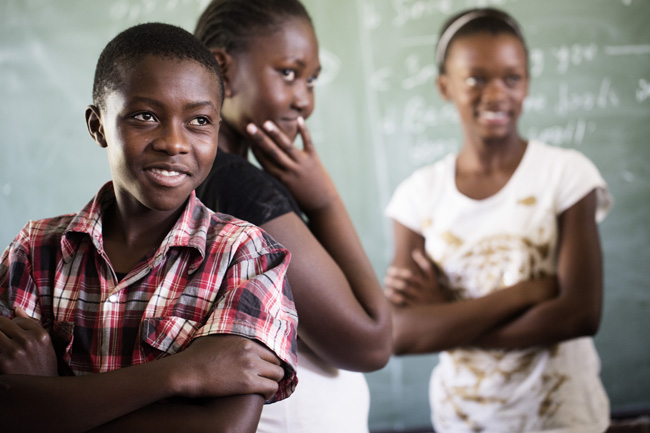 The idea that education remains man’s most vital and crucial tool for self-liberation, discovery and development is a fact that can never be over emphasized. Like in Plato’s ‘’Allegory of the Cave’’, which described a gathering of people who lived chained to a wall, in a cave all their lives (Ignorance), facing a blank wall, with fire reflecting on it (Knowledge).

According to Plato, people saw shadows projected on the wall from things passing by (Knowledge/Education). In Plato’s controversial work ‘’Republic’’, which argues that man’s ability to lose the chains, and move away from the blank walls, to a position where light can reflect on him, is his garner of knowledge and education.

In Nigeria, or maybe in Africa in general, before the development of the European Colonial schooling system, educational practices were through the vested interest groups (Age grades, women associations), groups of older people (Elders, or ‘’Ndi-o keye’’ as may be called by the Igbos of Nigeria). These groups thought various aspects of life and rituals. In some areas, education in African included things such as artistic performance, drawing, games, singing, dancing, wrestling etc.

Every mother in the society has a very crucial role to play on the education and upbringing of their Children.
As things began to change gradually, when the colonial schooling structure was fully in place, schooling started taking a different shape, it was no longer more of just rituals, cultural teachings, drawing, singing dancing, moral up bring, education extended beyond that, it started meaning earning a formal education could allow Africans to compete with continents and countries like Europe, and the USA. Africa started producing formally educated people like other countries had.

In countries like Nigeria during 1934 – 1948, prior to independence, there was only two established post-Secondary Schools – Yaba Higher College (Now Yaba college of Technology, Lagos, Nigeria) founded in 1934, and the University of Ibadan (UI).

In South Africa, The earliest European schools in South Africa were established in the Cape Colony in the late seventeenth century by Dutch Reformed Church elders, committed to biblical instruction, which was necessary for church confirmation. In rural areas, itinerant teachers (meesters) taught basic literacy and math skills. British mission schools proliferated after 1799, when the first members of the London Missionary Society arrived in the Cape Colony.

In Kenya, by the 19th century, the first mission school was established, precisely in 1846 at Rabai, near Mombasa. Early missionary education in the country was linked to conversion of Africans to Christianity and little progress was made to establish formal schools in land until the beginning of the 20th century, when the colonial administration took over control of African education from the missionaries.

Whereas, country like Egypt, Children in Ancient Egypt stayed with their mothers until the age of four. During these years, a strong respect for their mothers was instilled in the children. At the age of four, education of the boys was taken over by their fathers. Modern education in Egypt was introduced under the auspices of Ottoman Pasha Muhammad Ali during the early 1800s. He started a dual system of education at the time: one serving the masses attending traditional Islamic schools (Kuttab) and another called Madrasa (Arabic word for school) for the elite civil servants. The Kuttab taught students the basics of reading and writing through memorizing and reciting Qur’anic verses with no emphasis on experimentation, problem solving or learning-by-doing; while the Madrasa offered a more modern educational pedagogy.

The British South Africa Company arrived in Rhodesia in the 1890s, the area now known as Zimbabwe, Malawi and Zambia. The Company administration of Rhodesia created Christian missionary schools to serve local communities. Missionary schools provided an education for the indigenous population that focused on agricultural production and industrial development including carpentry and building. N.J. Atkinson claims that in order to control the local population, the Company limited education and censored knowledge in schools.

The evolution of education in Africa gradually grew, and heavily enjoyed government involvement, and later, other assistance from international communities and developed nations.
Education increases economic growth of any nation, helps families and communities to prosper, and empowers people to gain employment and live healthier, and more fulfilling lives. In the 21st Century global economy, a well-educated workforce is critical for countries and companies to thrive. And this is why it is we should all be concerned that many parts of Africa still suffers from high levels of unemployment, and chronical shortage of skillset.
Okeke Vincent Chidozie.

TRANSFORMATION THROUGH NEW LEARNING IS THE KEY FOR SUCCESS IN THE POST-PANDEMIC WORLD
June 5, 2020

UNIVERSITY CHALLENGES CAN BE OVERCOME BY PARTNERING WITH UNICAF
March 31, 2020